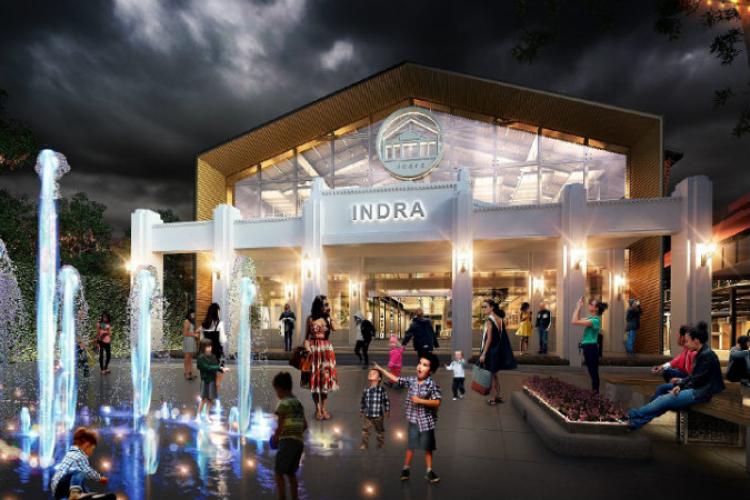 Bhekti Suryani, a Harian Jogja journalist, smiled with satisfaction as she found out Gatot Saptadi bans the Regional Government Organizations of Yogyakarta Province from using quick tender method without careful consideration. Gatot, who at that time still served as the Regional Secretary of Yogyakarta Province, admitted that the quick tender method used in the first phase of a construction project of a trade center for Malioboro street vendors violated the rules.

"It’s like, they [the local government] already knew that they were targeted by the journalists. Because all of a sudden, he [Gatot] said, "yes, we have asked government organizations in Yogyakarta not to use quick tender method anymore." He said that before we published our in-depth articles," said Bhekti on 8 December 2019.

Bhekti argued that Gatot, who retired last year on October 1, issued the statement because he knew that local journalists and civil society have been investigating the project and found several indications of fraud.

Throughout July to October 2019, Bhekti with two other journalists, Haris Firdaus from Harian Kompas and Arif Hernawan from Gatra, had been working to expose the indications of corruption and monopoly in a trade center construction project in Yogyakarta. IDEA Yogyakarta, one of the local civil society organizations (CSOs), was also part of the investigation team.

Yogyakarta Province government plans to revitalize Malioboro street, a major shopping area in the province, by relocating the street vendors to a brand-new trade center. The construction of the trade center costs the government up to IDR 62 billion (approx. USD 4.2 million), making it the highest-cost construction project in 2018.

The three journalists and IDEA Yogyakarta were well aware that it would not be easy to investigate the high-cost construction project. However, they had a strategy, dividing roles and responsibilities.

IDEA Yogyakarta is responsible for requesting tender documents related to the trade center construction to the Department of Public Works, Housing, Energy and Mineral Resources, who served as the commitment-making official of the project. IDEA Yogyakarta had several lobby meetings with the department in the hope of obtaining the documents to prove their allegations.

Ahmad Haedar, a researcher at IDEA Yogyakarta, told the department that his organization needed the tender documents so they can provide recommendations to the government to improve their governance. “The government is usually more open to the civil society [than journalist] because we give feedbacks to them in form of recommendations,” he said.

As IDEA Yogyakarta did their part, the journalists had to remain silent. They should not ask for comments from any government officials regarding the indications of fraud, not until they got the requested documents. To them, this was important to avoid the government's suspicions.

IDEA Yogyakarta's efforts to get the tender documents, unfortunately, was unsuccessful. The government declined to provide them with the requested documents saying it was not for public eyes based on the Decree of Public Works Ministry Number 451 of 2017 on List of Exempted Information. The statement was not in accordance with Law Number 14 of 2008 on Public Information Disclosure stating that contract and tender documents are public information.

The investigation, however, did not stop there. IDEA Yogyakarta and the journalists were still able to get other related documents from the Yogyakarta Province electronic procurement (e-proc) system and Opentender.net, a platform established by Indonesian Corruption Watch (ICW). They also obtained other official documents from the Directorate General of Legal Administrative Affairs of the Ministry of Law and Human Rights.

Although they did not find any evidence of corruption, the local journalists and CSOs in Yogyakarta succeeded in exposing the violation of regulation by the government in the first phase of the trade center construction projects tender. They were also able to show the possibility of collusion in the project.

“What we did can prevent more irregularities from happening. However, we still cannot prove if there is corruption in this project. But at least, we can tell and show the public that there could be collusion, monopoly, and other irregularities in government’s projects in Yogyakarta. Next time, the local government should be more careful [in implementing procurement project, from the planning until completion],” said Bhekti.

Bhekti, Haris, Arif, and Hedar admitted that their collaboration is proven effective. By working together, they can have more discussions with broader perspectives. They can also share data and information with each other, as well as reduce security risks that might arise.

“As we conduct joint investigation, we can share our workload. We can even swap our working shift. Above all, we can minimize the security risks that might happened. And, if there is a lawsuit against us, there would be a lot of media that will cover our story,” added Bhekti.

*) The collaboration between the journalists and civil society in Yogyakarta in investigating irregularities in the construction project of the trade center for Malioboro street vendors is a follow-up activity from Public Procurement Monitoring Training held by Indonesia Corruption Watch (ICW) and the National Public Procurement Agency (NPPA).