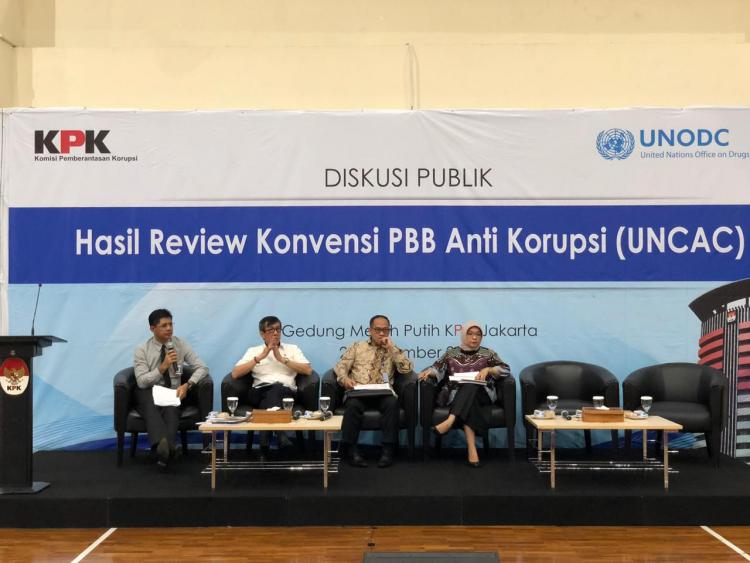 We, the undersigning civil society organisations, have been monitoring developments in Indonesia regarding the revision of the law governing Indonesia’s anti-corruption agency, the Corruption Eradication Commission or locally known as Komisi Pemberantasan Korupsi (KPK).

We share the grave concerns of Indonesia’s leading civil society corruption watchdog groups regarding the implications of recent amendments to the KPK law, which endanger the anti-corruption agency’s independence and undermine its ability to effectively prevent, investigate and prosecute corruption.

Indonesia signed the UN Convention Against Corruption (UNCAC) on 18th December 2003 and ratified it on 19th September 2006. Articles 6 and 36 of the UNCAC require each State Party to ensure the existence of an anti-corruption body specialised in preventing corruption and combating corruption through law enforcement which must be granted the necessary independence and be able to carry out its functions effectively and without any undue influence.

The Corruption Eradication Commission (KPK) was formed in 2003. During the 16 years of the anti-corruption body’s work, the KPK has taken on numerous major corruption cases involving influential players from the private sector, the judiciary, the legislature as well as the executive and arrested several senior politicians on corruption charges.

The KPK has carried out prevention and prosecution efforts in Indonesia effectively and it has been widely regarded as a leading anti-corruption body in the region. The prevention work conducted by the KPK has achieved significant savings of state finances in Indonesia and KPK has enjoyed a high level of public trust, according to Indonesian civil society organisations.

Given the KPK’s strong track-record, we are alarmed by efforts to undermine its role. In September 2019, the Indonesian government and the House of Representatives selected new KPK commissioners and revised the law governing the KPK in a manner that appears to substantially weaken the KPK’s independence. Furthermore, the process of adopting these changes showed serious flaws, Indonesian corruption watchdog groups have found the following changes to be particularly troublesome for the KPK’s autonomy, independence and legitimacy:

We call on the Indonesian executive and legislature to uphold the Jakarta Principles on the independence and effectiveness of anti-corruption agencies, which were drafted at the invitation of the KPK, UNODC and UNDP by experts from around the world.

We support and encourage Indonesian civil society groups, that in response to these worrying developments, have announced that they will challenge the changes to the KPK law in the Constitutional Court. We hope that the Court decision will help to ensure that the KPK can continue the fight against corruption in Indonesia in an effective and independent manner.

Signed by the UNCAC Coalition, on behalf of its member organisations: