Verdicts on the Side of Corruptors 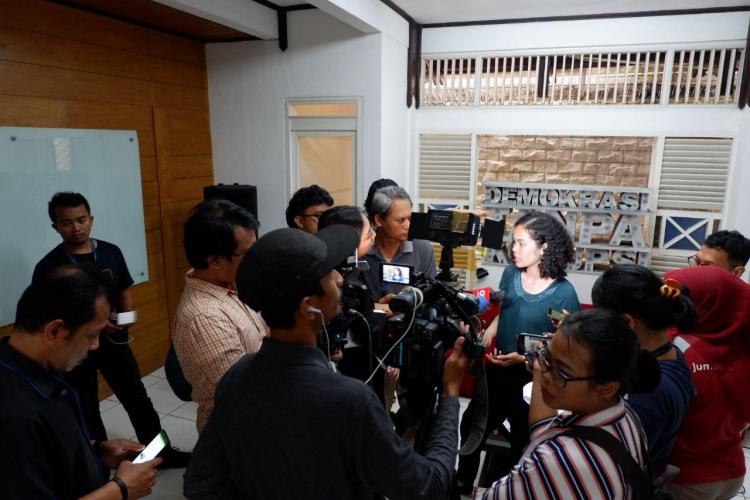 Corruption eradication must be done with various efforts, both prevention and repression. Community organizing advocacy, issue, and socialization of anti-corruption policies are indispensable to such efforts, including in law enforcement. The judiciary is one of the spearheads of the corruption eradication, especially in the effort of deterring further corruption.

From 2005 to the present day, Indonesia Corruption Watch (ICW) routinely monitors and collects corruption verdicts, from the Corruption Courts (previously the General Courts), the High Courts, Military Courts, to the Supreme Court, including appeals and appeals to the supreme court. Through this monitoring, we can identify the frequent actors, the most severe court ruling for corruptors, the average court ruling for corruptors, and the potential state losses of corruption cases that have been successfully monitored. The results of this monitoring also provide a basis in providing recommendations for the Supreme Court and the Judicial Commission to make improvements in the performance of the implementation of supervisory functions towards their subordinates, including the respective judges.

The methodology used by ICW to monitor court decisions for corruption cases in 2017 is to collect data on corruption cases examined and decided by the court of first instance in the Corruption Courts, appeals in the High Courts, cassation and reviews at the Supreme Court. The sources of reference in the data collection are court verdicts from the official website of Directory of Supreme Court Decisions, while data from the District Courts and High Courts are collected from the Court Cases Information Searching System (SIPP), as well as the news coverage from national and local mass media. The data collection in this report is limited to court decisions uploaded and issued on January 1, 2017 through December 31, 2017.

From the results of tabulation of data conducted, not a little data remain unidentified. This is because there are still decisions that are not found or there is no information in the Directory of Supreme Court Decisions or SIPP in each court, as well as from news sources in the media.

ICW divides the level of decision into 3 categories. First, a lenient sentence, ranging from less than 1 year to 4 years. Second, a moderate sentence between 4 years and 10 years. And third, a severe sentence with more than 10 years imprisonment. The lenient category is based on the consideration that the minimum imprisonment according to Article 3 of the Anti-Corruption Law is 4 years in prison, including a life sentence of imprisonment.