Pandora Box of the e-KTP Project 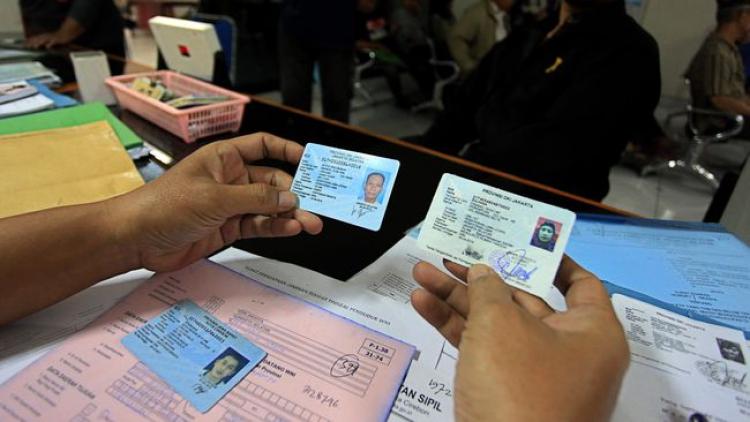 The hearings in the case of alleged corruption of the e-KTP are now entering the stage of evidence and examination of witnesses. Various interesting information have been revealed, such as the former secretary general of the Ministry of Home Affairs who admitted receiving a sum of money, also the shocking testimony of Miryam Haryani who revoked the dossier. On the other hand, the Corruption Eradication Commission has named one of the key figures from the private sector, Andi Narogong, as a new suspect.

The society must be patient in waiting for the next episode in dismantling the Pandora’s box of e-KTP corruption, which incurred a state loss of about Rp 2.3 trillion. It is also significant for the Commission, which has to prove the involvement of big names of former ministers, including party elites listed in the indictments of Irman and Sugiharto.

As usual, whenever the Commission handles cases that attract public attention, especially the involvement of politicians, negative reactions arise from Senayan. Even one of the House leaders was mulling on the possibility of initiating the right of inquiry.

The indication of involvement of politicians in the e-KTP case is prominent, and detectable from several initial indications. First, more than 20 Members of Parliament have been called for questioning by the Commission during the investigation.

Second, the refund of around Rp 250 billion, in which Rp 30 billion was returned from a number of politicians. And third, the statement of the Chairman of the KPK, Agus Rahardjo, before the hearing on the presence of the big names in the e-KTP case, which was confirmed in the reading of the indictment at the Corruption Court.

If the Members of the Parliament can be prosecuted en masse, the achievement of the Commission will be even more shining. It is ultimately hard to deny the Indonesian public perception, as summarized in the Global Corruption Barometer 2017 report, released by Transparency International Indonesia, that the legislature, both national and regional, is rated as the most corrupt institution.

Indonesia Corruption Watch (ICW) recorded during 2016, that out of a total of 482 cases handled by law enforcement officials, cases related to the procurement of goods and services make up as many as 195 cases or 41% of the total.

The government itself is not silent in anticipating the phenomenon of corruption in the procurement of goods and services sector. Various attempts have been made, for example by forming the Policy Institute for Procurement of Goods and Services (LKPP) in charge of implementing formulation and development of procurement policies, including developing an electronic procurement system (SPSE), which was implemented since 2008.

The implementation of electronic procurement is expected to minimize the risk of corruption, improving efficiency and effectiveness as well as competition between all tender participants. Hence was born Presidential Instruction No. 17 of 2011 and Presidential Instruction No. 1 of 2003 on accelerating the eradication of corruption, one element of which requires that all government agencies implement electronic tenders.

However, efforts to encourage procurement of goods and services in a transparent and accountable manner are not as easy as imagined. Electronic procurement, despite being praised as preventing corruption, is also not immune to fraud.

This is because the e-procurement system still opens a possibility for the committee to meet face to face with the providers, thus opening the potential for collusion.

The case of corruption of Videotrons in the Ministry of Cooperatives in 2012, clearly illustrated how the procurement service unit (ULP) officer was intervened to win one of the companies, established by an entrepreneur who turned out to be a son of the minister at that time.

Thus, in the case of e-KTP, even the Commission and LKPP, which since the beginning of the procurement process was asked to monitor the process, withdrew because the suggested recommendations were not implemented. Learning from the case, corruption in the procurement sector should be seen as part of a political corruption.

Of course it takes commitment and courage to overcome this problem. Political parties must exercise restraint and give strict sanctions for cadres and elites who are caught breaking laws, including improving recruitment patterns. The blacklist system, which should be integrated on the national level, must be invoked against the businesses that lack integrity. Also, Supreme Court Regulation (PERMA) No. 13 of 2016 should be used by the law enforcement to catch rogue corporations.

The success of the Commission in handling the case of corruption in the procurement of e-KTP should be appreciated. However, there remains still the greatest challenge in this project, opening the Pandora's box, or proving the whole range of names listed in the indictment that they have designed, implemented or at least enjoyed the flow of funds from the fraudulent actions.

Several of the names in the e-KTP case are no strangers, because they have been mentioned in previous indictments such as the Hambalang corruption case. Therefore, the Commission must work extra hard, including consistently enforcing Article 4 of the Anti-Corruption Law about how returning funds to the state does not necessarily acquit one of the crime of corruption.

KPK leaders also must minimize political statements because even without such statements, the Commission will certainly receive political attacks. The statement of the witness in the final session about pressure from the investigators, followed by the cancellation of the dossier, was an indication of counterattack against the Commission’s legal actions.

Therefore, it would be important that the Commission really focuses on law enforcement, protecting witnesses and cooperative perpetrators (justice collaborators) so that they are not intimidated.

The e-KTP case is included in the category of grand corruption, because it does not only cause a significant loss to the state and indicates involvement of party elites, but also because the right of citizens to obtain identity cards have been violated. Thus it is important for the public to monitor the case and support the Commission to completely unravel the case.

* The print version of this article appeared in Koran Sindo, 30 March 2017 with the title “Kotak Pandora Proyek e-KTP”