Holding on to Malioboro’s Icon 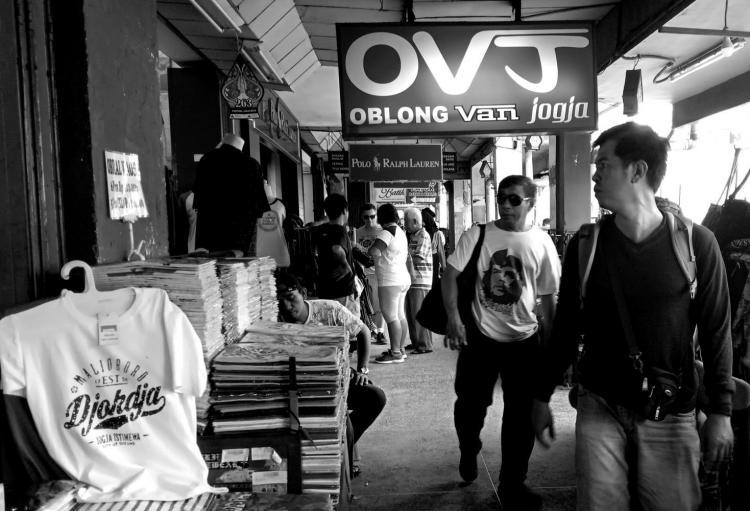 Anyone who has visited the famed Malioboro street in Yogyakarta Special Administrative Province would know that street vendors are the area’s fixtures. Taxi driver slash tourist guide Gunadi said it was the vendors that had made Maliboro into the unique, tourist-magnet spot it was today. “They’re simply iconic to the area,” said Gunadi on Friday, December 6, 2019.

However, there came a plan from the Yogyakarta government to relocate the vendors into a new building, constructed on land where an old “Indra” cinema used to stand. The building itself stood directly in opposite of the traditional Beringharjo market. With a project value of a whopping IDR 62 billion (approximately USD 485 thousand), the new facility was expected to accommodate around 400 vendors.

Gunadi wasn’t aware of this plan, and neither did Yoko who sold clothes in Malioboro’s west strip. The “Tri Dharma” Association that organized the sellers had not told anyone of the relocation plan, said Yoko, then added that he had inherited his stall from his father. “If they want us to move, they need to pay us back the money we spent buying this stall,” said Yoko who originally came for Lampung, a province in the southern tip of the Sumatra island.

It was not just taxi drivers or sellers who found the idea of removing the street vendors objectionable. Tourists, like Bima from Jakarta, also shared the sentiment and felt that Malioboro and its street vendors were inseparable. “You can’t say you’ve been to Yogya if you haven’t visited Malioboro, and Malioboro has always been popular for its street vendors,” he said.

Instead of relieving Malioboro from the vendors, Bima suggested for the area to have a dedicated building for parking – thus clearing the streets of motor vehicles. It was cars and motorcycles that were the culprit behind Maliboro’s bad traffic, according to Bima, and so traffic rules had to be reviewed. “Don’t let motor vehicles here,” he commented. Meanwhile, Gana, another traveler, was worried that without the street vendors Malioboro would lose its charm – and, for visitors, the opportunity to hunt for cheap items. “I don’t think relocation is right. Without the option for cheap shopping, tourists may be driven away,” he said.

The construction of the new building for this relocation plan had in fact drawn public attention because of its fraud risk. Journalists Arif Hernawan from Gatra, Haris Firdaus from Kompas, and Bhekti Suryani from Harian Jogja collaborated in investigating this project. 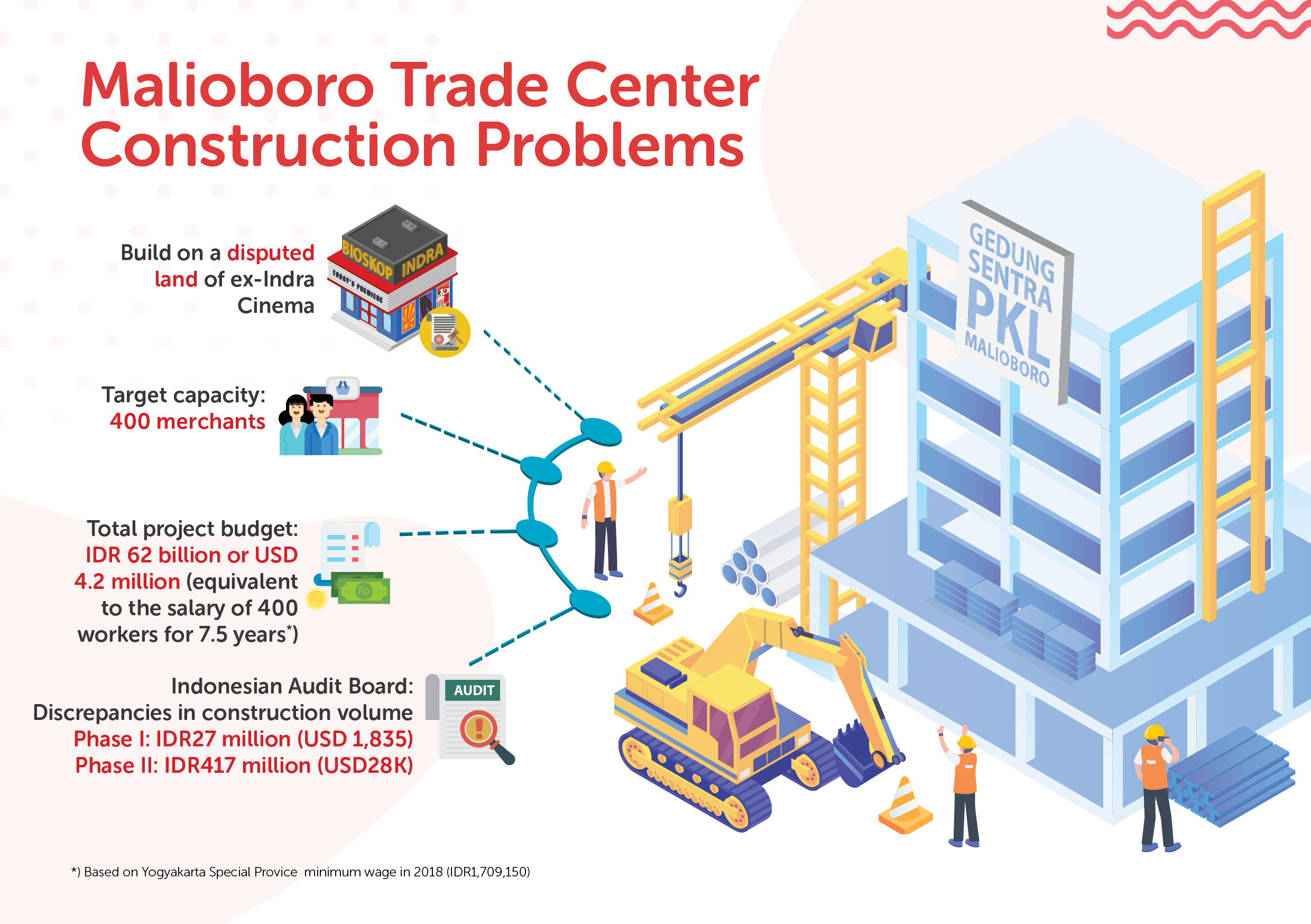 Their work began with the opentender.net platform. Developed by the Indonesia Corruption Watch (ICW), the platform had been equipped with several parameters to assess the fraud risk of a public project, such as in project value, budget efficiency, bidding participation, and project completion timeline.

Using the parameters, each aspect was assigned a score in three categories: 1-10 for low risk, 11-15 for moderate risk, and 16-20 for high risk. According to data exercise, the relocation project had a score of 19, or high risk, and was the highest score among other public projects in the Yogyakarta Special Administrative Province for the period of 2018.

The journalists in this investigation also found that the project’s first phase construction had used a quick tendering method, which was unusual for a project of this scale and complexity. This was confirmed by Mita Astari, the Head of Section of Procurement Specialist Statements in the National Public Procurement Agency (NPPA), who said that quick tendering method was only suitable for simple constructions. Certainly, a three-story building with thousands square meters of floor size did not fit the requirement.

It was not all. The winners of phase I and II bidding were allegedly affiliated to an individual named Muhammad Lutfi Setiabudi – currently listed as the Vice President Director of PT Ardi Tekindo Perkasa, winner to the phase II bid. Lutfi’s name popped out again as a partner in CV Setiabudi Jaya Perkasa, the winner of phase III bid. When interviewed, Lutfi confirmed he had been involved with Setiabudi Jaya, but was no longer a partner and his resignation had been approved by the company’s shareholders’ meeting.

Prior to this investigation, the journalists attended a training on public procurement from July 1-3, 2019, in Yogyakarta. The training was jointly hosted by ICW and the NPPA. The investigation took around four months to complete and the story produced by each journalist had been published by their respective media outlets in mid-November 2019.