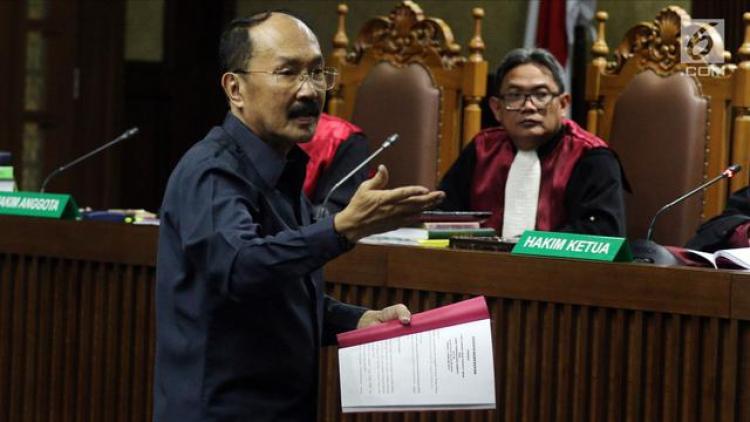 Two weeks ago the judges of Jakarta Corruption Court verdicted Fredrich Yunadi, former lawyer of Setya Novanto, to 7 years in prison. In addition to the prison verdict, Fredrich is also required to pay a fine of Rp 500 million in lieu of 5 months in prison.

Fredrich was found guilty of violating Article 21 of Law No. 31 of 1999, which has been amended by Law No. 20 of 2001 concerning the Eradication of the Crime of Corruption. Fredrich has been proven, jointly with Bimanesh Sutarjo, a doctor at the Medika Permata Hijau Hospital, to have deliberately prevented, blocked, or foiled directly and indirectly the investigation of a suspect in a corruption case. In this case, it is related to the case of Electronic Identity Card (KTP-El) corruption, with the suspect of the former Chairman of House of Representatives (DPR), Setya Novanto.

This verdict is lower, even less than two-thirds of the Corruption Eradication Commission (KPK) prosecutor’s demands. Fredrich was prosecuted for 12 years in prison and a fine of Rp 600 million in lieu of 6 months in prison.

It seemed that the panel of judges had considered the immunity rights of advocates that Fredrich invoked. Indeed, the Council of Honor of the Indonesian Advocates Association (Peradi) should immediately examine and decide whether Fredrich Yunadi had committed a violation of the code of ethics of Indonesian advocates or not. Keep in mind that Peradi should prevent and take action internally against advocates who are proven to deviate, even commit corrupt acts related to their profession. In order to have a deterrent effect, Peradi must impose the maximum penalty, up to revoking the advocate’s license if they are proven to violate the code of ethics.

Peradi's firm stance will stop the debate about immunity and the good faith of advocates Fredrich continues to invoke. In addition, the decision of the Peradi Council of Honor will also clarify Fredrich’s status and assist judges in deciding the case. It is known that Fredrich will take further legal proceedings in order to obtain an acquittal. If his appeal is rejected, then his efforts will continue to the cassation court.*** (Dewi/Ade)