Corruption Trails in the E-KTP Case 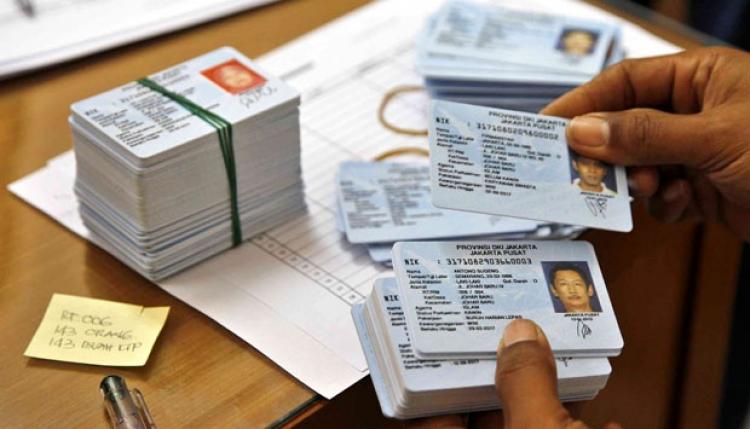 The hubris over the alleged corruption case of the electronic based ID card (e-KTP) project comes under the limelight again. The handling of the case, suspected to have resulted in Rp 2 trillion of state loss, has been regarded as slow.

The former Director General of Population and Civil Registry of the Ministry of Home Affairs, Irman, on 30 September 2016, was officially designated as suspect. Irman allegedly inflated the price in the e-KTP.

The designation of Irman as a suspect was not the first. Earlier, on 22 April 2014, Sugiharto, the former Director of Population Administration Information Management of the Directorate General of Civil Registration of the Ministry of Home Affairs, had been named as a suspect by the KPK.

Both are suspected of abuse of authority in the e-KTP mega project. Irman, who when named as a suspect was serving as Advisor to the Minister of Home Affairs on Apparatus and Public Service, was the Budget Authority (KPA) in the e-KTP project. Sugiharto was the Committing Officer in the project.

The e-KTP corruption case is a serious concern to the Corruption Eradication Commission. For some time the Commission have been aware of significant state losses due to the corruption. “The Commission received information that the state loss exceeds Rp 2 trillion,” stated the Chairman of the Commission, Agus Rahardjo, in Jakarta on 17 June 2016, as reported by cnnindonesia.com.

The amount was based on an audit conducted by the Development and Finance Audit Agency (BPKP). The Vice-Chairman of the Commission, Laode Syarif said the large amount of corruption in the e-KTP case gives it special concern from the Commission. “This is not your run of the mill corruption case,” he said in Kalibata, Jakarta, 18 October 2016.

A researcher of Indonesia Corruption Watch (ICW), Tama Satrya Langkun, confirmed the importance of investigation of the case. “The e-KTP project is of a fantastic value,” he said in Jakarta on 24 October 2016.

The e-KTP program, which became widely discussed after the determination of Irman as a suspect, began nationwide in 2011 and 2012. However, the e-KTP project actually began two years earlier.

In 2009, the Ministry of Home Affairs began an evaluation for e-KTP in 6 regions, namely Makassar, Padang, Denpasar, Yogyakarta, Cirebon, and Jembrana. The evaluation was intended to prepare the nationwide e-KTP program. The scoping project was conducted by the Lintas Peruri Solusi consortium.

However, the implementation of the e-KTP scoping project met with several issues. Other than technical and non-technical obstacles, such as problematic technology and not current demographic data, the project met with a huge impediment in the form of corruption.

The Attorney General’s Office in June 2010 named four suspects in the Investigation of the Case of Procurement of Hardware, Software, System and Blank ID Cards in the Director General of Population Administration of the Ministry of Home Affairs in the 2009 Fiscal Year. The four suspects were Irman, who was then serving as the Director of Population Registry of the Ministry Home of Affairs, the Chairman of the P.11 Package Procurement Committee, Drs. Dwi Setyantono MM, Director of PT. Karsa Wira Utama, Suhardjito, and President Director of PT. Inzaya Raya, Indra Wijaja.

The investigation of the case was terminated by the Attorney General due to insufficient evidence. The warrant for termination of investigation, as reported by cnnindonesia.com, was published on 6 January 2012.

Tama explained that the e-KTP program has indeed been problematic from the outset. This has been visible from the monitoring of ICW, which has examined the program since it was being tested. The presence of e-KTP program seemed to have ignored the previous program implemented between 2003 and 2008, the Population Administration Information System (SIAK).

The e-KTP program, both in the scoping project and in the national application, are not integrated with the SIAK. “Despite having spent hundreds of billions, suddenly in 2009 the e-KTP pilot project was launched in six regions. It is as if SIAK was forgotten.”

Tama added, that back in 2011 when the e-KTP program began, ICW has identified the existence of problems, including the bidding process. “KPK and LKPP also conducted surveillance.”

The Corruption Eradication Commission then provided recommendations to the Ministry of Home Affairs, including that the procurement should be done electronically and the process should be monitored by the LKPP.

The LKPP recommended that the procurement committee should have delayed the announcement of the minutes of the tender explanation (aanwijzing) and the document addendum, and if possible, provide a second chance for tender explanation. Up to 18 April 2011, the LKPP also did not receive the agenda of the continuation of the mentoring process, hence it was no longer involved in the tender process.

Indications of fraud in the bidding process can be seen from two things, namely the post-bidding and allegations of auction rigging. After the announcement of the tender, the specification of the equipment tool to be used in the manufacturing process of the e-KTP, the signature pad, was changed. Such an action is in violation of Article 79, paragraph 2 of Presidential Decree No. 54 of 2010, which prohibits post-bidding changes. Post-bidding itself is one of the points mentioned by LKPP.

As for the allegations of auction rigging, it was seen from several things, namely conspiracy among the participants, which also involved the committee and the procurement consultant.

Looking back, Tama emphasizes the importance of reexamining the case. “Certainly this is a homework for the KPK. The case is being handled slowly, despite the abundance of information,” he said.

Tama suggests that many other parties are involved. A program with a total cost of Rp 6 trillion could not have only involved the Ministry of Home Affairs. The chain of procurement of goods and services clearly involved many parties, he added.

In the planning process, for example, the Commission was asked to not ignore the legislative actors. The private parties involved in the e-KTP project should also not go unnoticed. “The KPK must see the chain as a whole,” he said. Determination of the suspects outside the Ministry of Home Affairs is thus a possibility.

Laode Syarif admits that the e-KTP case is not that difficult to resolve. It is the parties involved, both inside and outside the country, that make it a complicated case. Nevertheless he makes sure that the Commission will give serious attention to the e-KTP case. “The huge amount of the state loss also has a significant impact for the development efforts in the country.”

On the information from the former treasurer of Democratic Party, Muhammad Nazaruddin, who was a whistleblower of the names involved in the e-KTP case, Laode said that he would explore the information, “He is one source of information, but not the only one. We will ask a lot of parties,” he said.

As for the possibility of the involvement of another name often referred to, namely former Minister of Home Affairs Gamawan Fauzi, Agus Rahardjo was reluctant to answer. “I will have to examine the facts. How likely will he be questioned? We do not know yet,” he said in Jakarta, 28 September 2016.

Gamawan himself, as quoted from Tempo.co, denied involvement in the e-KTP corruption case. “Definitely I was not involved, never, I guarantee it,” he said after being questioned by the KPK on Thursday, 20 October 2016.

Laode promised that the e-KTP case is to be concluded in the current period of KPK leadership. He also confirmed that he would explore all funding streams associated with the e-KTP. “Including all those receiving funds from the e-KTP,” he concluded. // (egi)