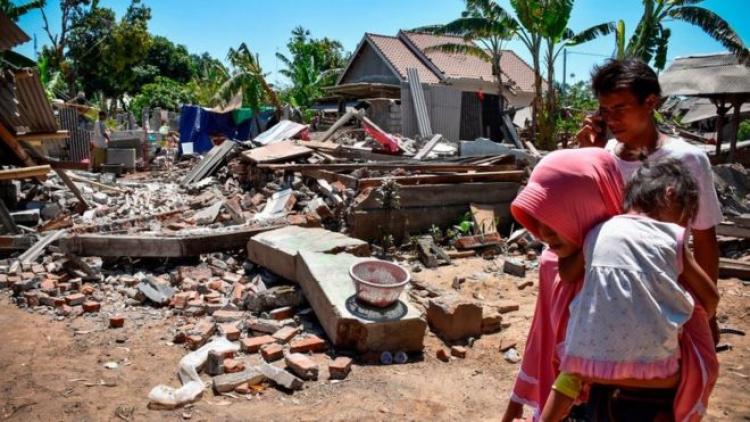 Successive disasters have hit Indonesia. More than five major natural disasters occurred in 2018, including an earthquake, tsunami, volcanic eruption, landslide, flood, and soil liquefaction. Unfortunately, even though in the midst of disasters, corruption still occurs.

Indonesia's position surrounded by the Ring of Fire does make Indonesia prone to natural disasters. Almost every year disasters occur. In 2018, there were at least three major disasters, including the earthquake in Lombok, earthquake, tsunami, and liquefaction in Donggala, as well as the tsunami in Banten-Lampung.

Unfortunately, in the midst of the disaster, there were still a lot of people who abuse the aid and extort victims. In relation to three natural disasters, there were four cases of corruption handled by law enforcement officials. In the Lombok earthquake, the prosecutor's office arrested members of the Regional People's Representative Council (DPRD) regarding funds for the rehabilitation of schools after the earthquake in Lombok.

The second corruption case is the raid by the Corruption Eradication Commission (KPK) related to bribery for the construction of the Drinking Water Supply System (SPAM) project in ​​Donggala. In the Banten tsunami disaster, there was an extortion in the repatriating of victims' bodies at Serang Drajat Prawiranaga Hospital (RSDP). Finally, the police was involved in a raid related to the deduction of funds for reconstruction of mosques after the earthquake in Lombok.

Based on the cases that have occurred, the vulnerable point of corruption in natural disaster funds lies in management and accountability. Due to urgent conditions, assistance must be immediately executed for emergency response and post-disaster rehabilitation, on the other hand, supervision is minimal.

The case of school rehabilitation in Lombok and the SPAM development project in Palu-Donggala are two proofs of the vulnerability of monitoring and managing disaster funds. School rehabilitation cases in Lombok involve members of the Mataram City DPRD, while the case of the SPAM development project in Palu-Donggala involves employees of the Ministry of Public Works and Public Housing (PUPR), and the extortion case in Banten involvies RSDP employees.

These actors misused their authority because they felt there was an opportunity with minimal supervision due to the status of extraordinary events. As for the accountability of disaster funds, the government must learn from the Aceh tsunami case. The difficulties of the Supreme Audit Agency in auditing the tsunami disaster funds in Aceh must not repeat themselves in the case of the Lombok, Donggala, Banten and other areas.

Some institutions that are authorized to manage disaster funds according to Law 24 of 2007 are the central government, regional governments, the National Disaster Management Agency (BNPB), and the Regional Disaster Management Agency (BPBD). Further regulated in Government Regulation Number 22 of 2008, the management authority of disaster funds also exists in institutions related to disaster management, such as the Ministry of PUPR, Ministry of Religion, and DPRD.

Based on the point of vulnerability of corruption of disaster funding, the government must prioritize coordination, supervision, fund management, and auditing. If there is an abuse of authority in handling disaster funds, it must be dealt with firmly. Article 2 of Law No. 31 of 1999 concerning Corruption Crimes states that maximum penalties can be applied in certain circumstances. Certain circumstances are those in which a criminal offense is committed against funds for the prevention of danger, national natural disasters, crises, or riots. The maximum sentence can be in the form of life imprisonment or a maximum of sentence 20 years, with a fine of Rp.1 billion, even capital punishment. In addition, the government needs to improve disaster fund governance. Since natural disasters are a necessity that Indonesia cannot avoid because of geographical location, preventive measures, emergency response, and rehabilitation must be arranged in such a way as to minimize the opportunity for misuse of disaster funds. (Dewi/Ade)