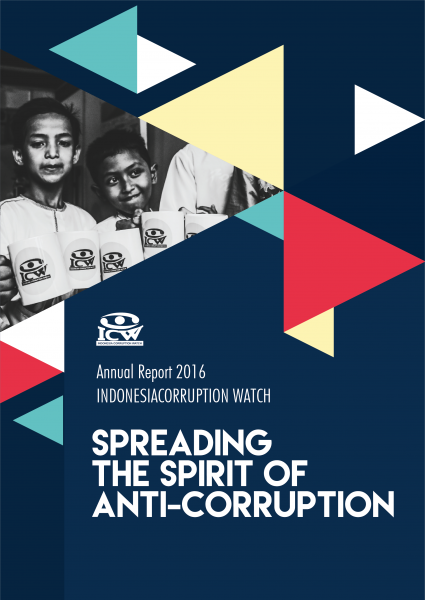 Sowing the Seed of Anti-Corruption.

For a while, the Indonesian society could feel relieved because President Jokowi and the Chief of House of Representatives (DPR) stated to delay the discussion on the revision of the KPK Act. The demand and pressure that we conducted has come to fruition, including professors from various campus in Indonesia who took part in demanding the President not to recklessly alter the KPK Act. The voice has been heard, and until now, we can witness the progress of KPK in eradicating corruption. The result is considered shocking with many successful sting operation which resulted in many briber and its resipient got arrested by KPK.

On another aspect, we also believe that a critical generation is a vital asset on the strength of social oversight function of the society over the power. Therefore, building the basis power of civil society, mainly focusing on the younger generation is a necessity. With the support from many parties, ICW consistently working on Anti-Corruption School (SAKTI) as a medium to develop young anti-corruption generation. SAKTI's learning module is now being adopted by many anti-corruption civil society groups in various regions in Indonesia, for example in South Tangerang, Aceh, Mataram, Pontianak, etc.

In addition, various occasions and opportunities could be used to intervene change and to push the system that is more immune to corruption continues to be conducted by ICW. The development of opentender.net as an internet-based application to monitor the auction process is expected to provide information and more credible data. Opentender.net has now become one of the references to the works of investigative journalists. ICW are also willing to be part of anti-illegal charge task force as requested by ministry of transportation. ICW is hoping to continue contributing significantly in the anti-corruption movement.