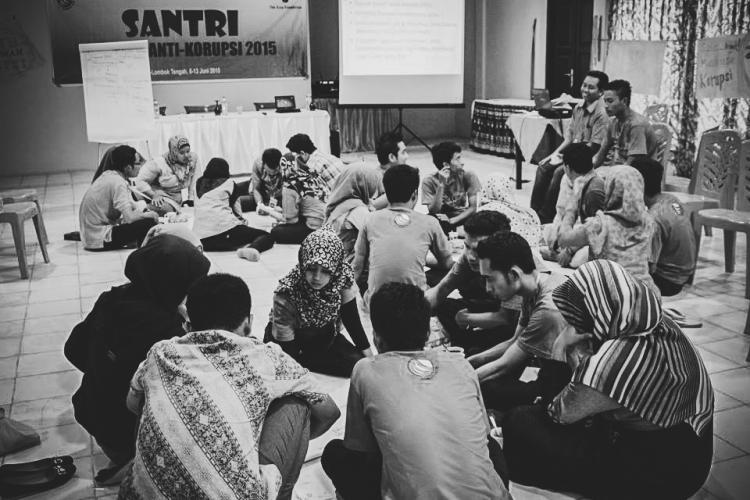 The existence of the Anti-Corruption Course (SAKTI) is one of the priorities of ICW's work to expand the anti-corruption movement. In addition to being a vehicle to raise cadres of anti-corruption activists, the programs and curriculums designed by SAKTI can be used by various parties, especially ICW's strategic network/partners.

SAKTI curriculum and materials, such as Introduction to Corruption Theory, Law Enforcement, Investigation Strategy, Public Budget Analysis, and Public Policy Advocacy Strategy are formulated with a view to strengthening understanding, analysis and advocacy strategies and activism spirit to raise committed individuals in the anti-corruption movement.

SAKTI and its curriculum have been adopted by several institutions in ICW’s network. For example, TRUTH in South Tangerang has created the South Tangerang SAKTI, in West Nusa Tenggara, the SANTRI (Anti-Corruption Pesantren) has been initiated by SOMASI, and in West Kalimantan, the anti-corruption network GEMAWAN has designed something similar called SAKSI. In Aceh, MaTa Aceh has created SAKTI as an elective course in Syiah Kuala University’s Faculty of Social and Political Sciences.

The use of SAKTI and its curriculum facilitates the work of ICW networks in various regions in the process of creating new cadres. In addition, ICW also contributed to the facilitation process and became speakers in the implementation of SAKTI in the regions, to strengthen the content and focus of the materials presented.

In addition, with the growing interest of some regions to organize SAKTI similar to ICW, SAKTI’s curriculum as created by ICW can be used as a standard and qualification that can be used directly by ICW’s network or other anti-corruption groups in the implementation of regeneration and expansion of anti-corruption network ***