Proud to be the Anti-Corruption Generation 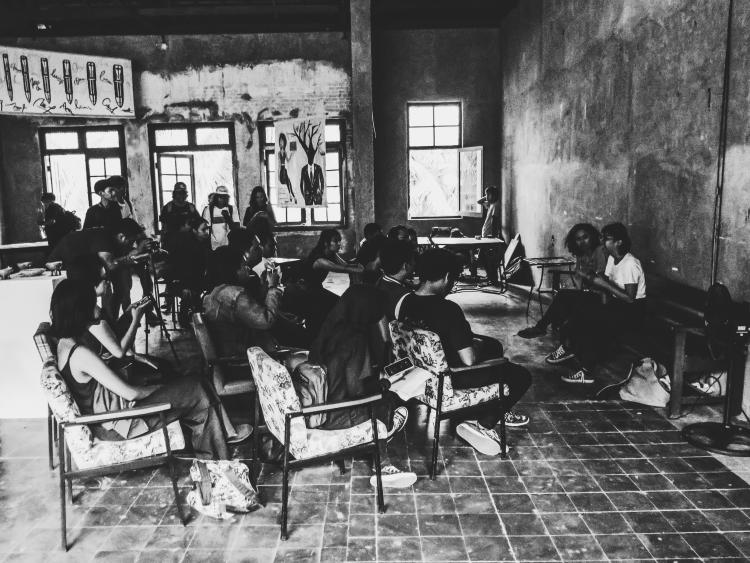 Regeneration and individual capacity building are two important issues in ICW. It can be said that ICW’s ranks is filled by young activists; among them are the activists in the Public Fundraising Division, which is ICW’s backbone for the public donation program, as well as the campaign center for anti-corruption awareness raising. This division also initiates various merchandise used as medium for campaign and socialization, and at the same time raises public awareness in supporting the anti-corruption movement through the public donation program.

A fiery spirit and willingness to learn make individual capacity building in ICW easier. The capacity building program, supported by DANIDA, also targets the Public Fundraising Division. Building up the skills of photography, copywriting, merchandise product packaging, marketing strategy, and utilization of the social media such as Twitter, Instagram and Facebook are the focal points of the staff skills development.

The results are highly positive as public donations from the sal of merchandise jumped 100 percent, the merchandise products are increasingly creative, the formulation of the anti-corruption message on the merchandise products are better, and the number of followers of the @SahabatICW Twitter account also increased to 34 thousand in 2016. Furthermore, the public donation cooperation program also broadened, involving hobby communities and state-owned enterprises, such as RuRu (Ruang Rupa) and PT KAI.

Other than the Public Fundraising Division, the Research Division also holds capacity building in research and analytical skills of cases being and about to be handled, and English skills development. The results are also satisfactory, as the staff of the division improved their English skills adequately to read new sources and references. Their understanding of research methodology, including mixed methods, also developed, as well as their understanding of the research procedure.

These outcomes have been able to support the achievement of the institution’s internal mission, where ICW attempts to develop individuals/staff who have an anti-corruption principle, having high quality capabilities and skills, competent, integrity and a perspective of social justice and gender. ***