Fighting Back Attempts to Weaken the KPK 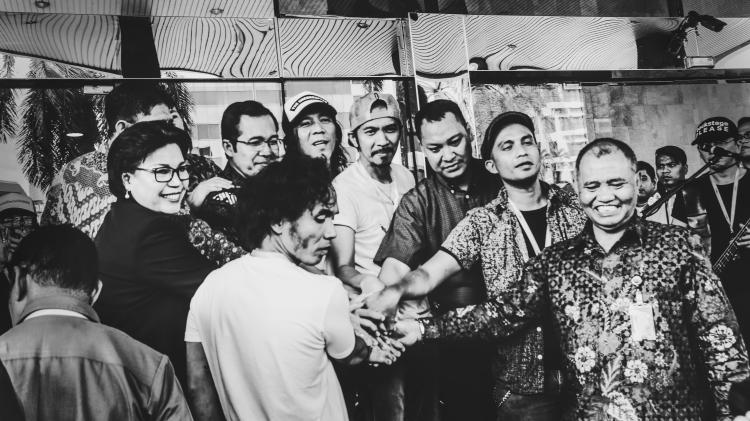 Since the Commission for the Eradication of Corruption (KPK) was founded in 2003, attempts to weaken this institution has been made many times, in many ways. One of the more prominent attempts is through the legislative process, by demanding a revision to the Law No. 30 of 2002 (Revision of KPK Law).

The attempt to revise the KPK Law has begun in 2011. The attempt became more aggressively done by the government and the Parliament in 2015. In that year, discussions on the revision of the Law were done in June, October and December.

The failure of the attempt to weaken the KPK through the Revision of KPK Law is inseparable from several activities by the Indonesia Corruption Watch (ICW) along with various elements of society. These are demonstrations, discussions and joint statements, gathering public support through petitioning rejection of the Revision, and conducting audiences with the relevant parties.

A series of ICW demonstrations with the Coalition include a satire demonstration of “laying the first stone of the construction of the KPK Museum” on October 8, 2015, celebrating the International Anti-Corruption Day on December 9 by hanging a giant banner in front of the House of Representatives as a form of criticism against the Parliament who tried to weaken KPK by revising the KPK Law. Finally, on December 17, 2015, a flower bouquet was placed in front of the KPK building as a sign of grief.

Discussions and statements involving the media on the revision of the KPK Law were regularly conducted in 2015. Audiences to encourage rejection of the weakening of KPK were also conducted, for example with the Chairman of the Regional Representative Council (February 2015), Chairman of Muhammadiyah Central Executive Board (September 2015) and representatives of the Democratic Party (October 2015).

To rally public support, ICW with Bagus Suryo (an alumnus of ICW’s Anti-Corruption School) made a campaign in the form of an online petition “Do not Kill KPK, Stop the Revision of KPK Law”. By the end of December 2015, this petition has been signed by at least 50 thousand people. Although in 2015 the attempts to weaken the KPK were successfully thwarted, various parties still have to continue guarding the effort. This is because the legislation process of the revision of KPK Law did not stop, but continuing in 2016.

“I appreciate the process of political dynamics in the House of Representatives, especially in the draft revision of the Corruption Eradication Commission Law. Regarding the plan to revise the KPK Law, we agree that this revision should not be discussed at this time,” said President Jokowi.***